I have made one of my dreams come true: I painted an album. More to the point: I created improvisations in color and motion on canvasses the size of record sleeves. The pieces I dared to interpret for my album were created and performed by the jazz pianist I cherish the most. My compositions are dedicated to his music, which I don’t merely love but literally feel. This pianist is Brad Mehldau. read more

In May, I went to one of his concerts. We had tickets for the third row. Immediately after performing, the artist held a signing. And when I left the concert hall, he had signed one of the two tickets.
My friend had to return to his city right away. So, I went home, sat down, put on an album by Brad Mehldau, drank red wine, looked at the signature on the ticket, replayed the concert in my head. It is impossible to paint this music, I thought while listening. But after finishing my glass of wine, I asked myself: Is it really?
And one of the next days, I dared to try: I listened to one of his albums again. Just listened. Then I searched my favorite pieces – those in which I recognize myself. I found them and began to draw parts of Mehldau’s signature … sketched and scribbled around. My eyes half-closed, I let the music flow through me.
I didn’t know yet where my artistic journey was headed. Only that I wanted to play with Mehldau’s music like a child. Again, I felt in my heart what the structure of the pictures had to be. Extensively diluted tempera or acrylic paints that – trembling or even angrily – run into each other on the canvas, condensing like in a watercolor painting.
For me, Mehldau’s focussed, distinctive playing displays a sensitivity, a force; yet, it can feel almost unapproachable or even rough. Sounds unfold, transform themselves into melancholic, but also strong … imploding timbres; they spread into soundscapes, which – like breaths – supplant each other, then sinking back into silence, into nothingness. And no matter how melodic his pieces may sometimes sound, they are never noncommittal. Mehldau’s music never fails to surprise.
Day after day, I stood, facing my stubborn canvases for hours on end, seeing color voices moving across the painting like drops of paint … connecting quickly or meditatively. And then – inspired by the sounds and tones – I tried to translate the heartbeat of Mehldau’s music into spontaneous yet rhythmic movements of my fingers and hands.
Repetition after repetition gradually led to colored tones. Endless new layers of water communicated with the music, capturing it like delicate brushstrokes, but without actual painting. Only the letters, the fragments of Mehldau signature, were consciously designed by me. Those are the only real brush strokes I used.
These paintings, which were created solely from many varnished, transparently overlapping layers of paint, embed his signature. Or maybe I should write: the signature rings out.
Now, I’m smiling at the paintings. A smile that tells them it has been a good, well-nigh a happy summer. Full of life and music.
Brad Mehldau almost made me happy – without even knowing it. 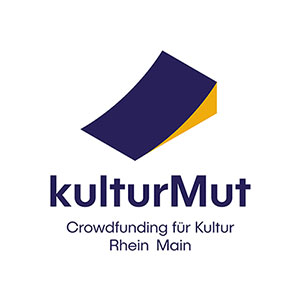